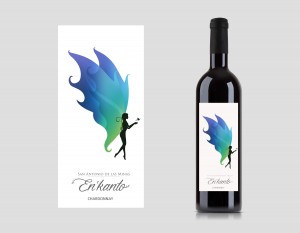 Our En’kanto Chardonnay is a deliciously crisp and refreshing, un-oaked Chardonnay.

Chardonnay originated in the Burgundy wine region of eastern France but is now grown wherever wine is produced. The Chardonnay grape itself is very neutral, with many of the flavors commonly associated with the grape being derived from such influences as terroir and oak. It remains one of the most widely-planted grape varieties, with over 160,000 hectares worldwide, second only to Airén among white wine grapes and planted in more wine regions than any other grape – including Cabernet Sauvignon.